Two Days Until We Rage on Washington DC!

Where: The White House | 1600 Pennsylvania Ave
Date: Friday, October 11th
Time: 11 AM
Who: Activists from all over the US who are outraged by the continuing wars and devastation wrought by the USA and its allies in war crimes.
What: An unpermitted march through the seat of violent imperial power to Rage against the institutions, people, and corporate power that make the wars and other oppressions possible.

Please read this statement by Black Alliance for Peace about Rage Against the War Machine: 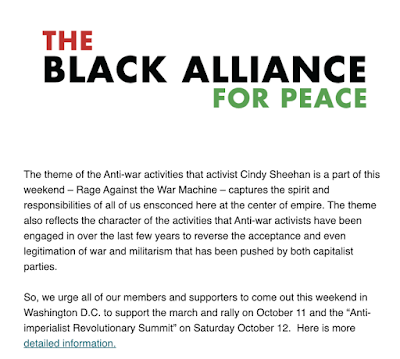 Listen to “Rage Against the War Machine!” on Spreaker.

Learn more about Rage Against the War Machine and the Anti-Imperialism Revolutionary Summit here.

Support March on the Pentagon!

Immediate Fundraising Appeal — We Need Your

Copyright © March on the Pentagon